All you need to know about the Kataw of the Tubig

April 09, 2022
Deep in the hidden planes of the Bantay Tubig resides the Kataw, a tale of the water beings of the Filipino Mythology. Of the merfolk in the Philippine Mythology in Visayan, Kataw was believed to have much higher rankings than other water and sea creatures as those of Sirena, Sireno and Siyokoy. This belief further prompts that the Kataws are the dorminat reigning rulers of the Bantay Tubig kingdom. Physical citations of a creature like the Kataw are generally attributed to the physical likeness and mannerisms of a human being. They also share this human features with their neighboring merfolks, the Sireyna and Sireyno of the Tubig Kingdom. However, a the kataws posses some distinct qualities from the later two as they have feet in place of tails while retaining the gills and fins on their bodies and arms. A common warning according to the ancient tale bearers were to be wary of the Kataw as they were often known to beguile mortals in the appearance of a fisherman seeking for help but
Post a Comment
Read more

Witch and sorcery You have heard of terms used to describe a lot of events which seemed out of the ordinary, people, crops and animals who withered away without any real known cause as they would say, even an overly load of misfortunes was sufficiently considered a bad omen, if not caused by the spirits, was malevolently caused by a masked stranger, who lives amongst us. At worse, the one who passes through these misfortunes may be recognized as a harbinger. Of all names used to describe these circumstances and events, you readily recognized the word ; witch, witchcraft, sorcery. The irony is that it is rarely used in the face of good omens. Centuries before echoed the word and centuries to come will still speak of it. Overview: Interestingly, these names  are abundantly found in the pagan paths which in turn has been sculpted to become an image of endless tunnel of darkness and eternal service to the devil.  Who then is a Witch: Earlier superstitious, envision
Post a Comment
Read more

Earth's doom has been long fore told and envisioned in the mortal minds of its inhabitants spanning the rise of unnatural theories, revelations science evaluation across the mortal realm. Religious bodies have since hinted on direct dates of which the world retard from its materialistic glory to perhaps nothing but a void of smoke and emptiness.  Engraved in the hearts of zealous men who believe they have been chosen to bring about this epic destruction, have wasted no time weaving the ultimate agenda, plane of existence, probably hidden right under the nose of the daily mundane realm. Millennial past, have seen tales of the inevitable judgement day undoubtedly revealed by the spirits to men for decades. Outlining possible mysteries to be fulfilled and what the future holds. A complete degeneration of nature's support of biological life. The  conceptual dawn of Armageddon have been foretold in ancient scripts and codices in religion and cult groups of an appearing varyi
Post a Comment
Read more

A Veda Story, Legend of Hanuman

The Indian hindu myths holds a  plethora of  zoomorphic characters but only one of them have ever been equated with the status of a god today. Hanuman the monkey child is son of the wind god. Mythic texts speaks of Hanuman possessing enormous strength, keen intellect and a mastery over the Ancient Hindu scriptures, (the three vedas) and other branches of learning. Not to mention having an extremely pleasant visage, perfect diction, elegant speech, and perfectly pleasant manners.  He is also a loyal devotee of Rama, the hero of the epic Ramayana, and has the ability to take on any form he wishes and can increase and decrease his body size at will. Hanuman is renowned for his heroic deeds in the epic folklores. These include the epic Ramayana, epic Rama-Ravana battle, epic Mahabharat, and the epic Puranas.  The name Hanuman means "he of disfigured chin" as explained in the epic puranas in a duel with the sun god.  The Hanuman Chalisa hymn, continues to be recited today b
Post a Comment
Read more

Secrets of the Hidden one

In Egyptian mythology, Amaunet (also spelled Amonet, Amaunet, Amentet, Amentit, Imentet, Imentit, and Ament) was a deity having several different characteristics during the long history of the pantheon of Ancient Egypt. Amaunet's name is the feminine version of Amun's, and as such, She is believed to be the female form of the greater god Amun and is one of the eight featured deities in the Ogdoad (consisting of four pairs where the woman’s name is a derivative of that of the husband). However, she seems to be at least as old as He. Both gods were depicted as independent deities and identified as a pair. Her name means a female who is hidden and her powers are connected to the words silence, stillness, mystery and obscurity. According to some myths Amunet was the daughter of Horus and Hathor. She was also sometimes merged with Hathor, Isis and Neith, Mut, and Nut. Amunet and her male counterpart Amun were the two aspects of the primordial concept of air and invis
1 comment
Location: Africa
Read more

Though not popularly known with the name Ajana in the IBO odinani pantheonological order. Her role and influence in IBO mythology is invaluable. Ala is her most revered name. she is the earth goddess of the IBOs. She is often associated with fertility, morality, death. Ala is not just the  goddess of earth but is earth herself. She is a primordial goddess created before the dawn of time by Chukwu, the all knowing and all powerful God. This bears an almost similar account of the Christian mythology and is in fact the same to the biblical creation. Ala is depicted in statue sculptures of mud colored in bright paints among the IBO tribes in Eastern Nigeria of the African continent. The sculpture shows Ala with a long torso and long thick neck. These are considered to the IBOs as signs of beauty. Sometimes, she is accompanied with other deities, human, and animals. She is also described as a mother with a child sitting on her lap. Other times, she wields a sword in her right hand.
Post a Comment
Read more 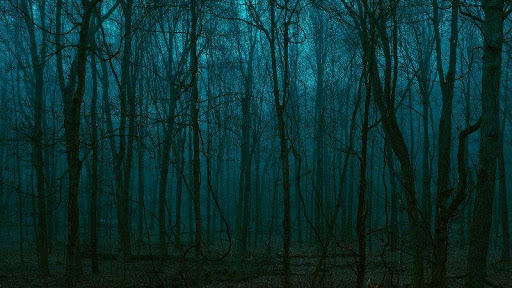